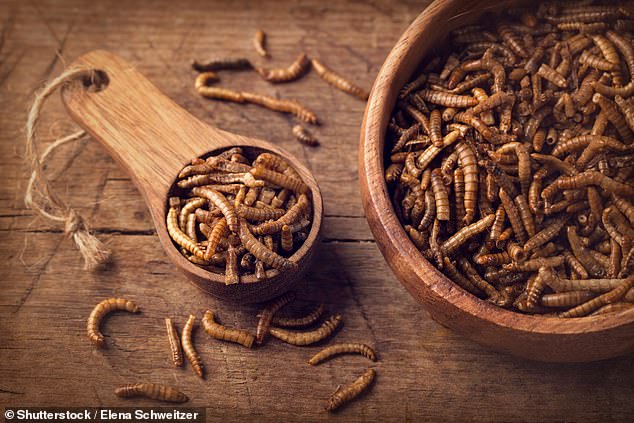 Coronavirus pandemic has pushed 1 billion people into the state where they don’t have enough to eat. In the future, we may have to deal with more hungry people and not everyone will have access to traditional food.

Food agencies in Europe have suggested mealworms as a replacement that could be used to make biscuits, pasta, bread, and even used in curries and soups. They are suggesting that mealworms will be the “meal of the future.”

This is what we need to know about these mealworms:

Mealworms are not really worms but beetle larvae, and they have been used for a while as an ingredient in pet food for dogs and cats.

Mealworms are the first insects to approved for human consumption in Europe. European Food Safety Agency has determined that mealworms can be eaten whole, or dried to be used in curries, or ground into flour for making bread, biscuits, and pasta.

After an application by Micronutris, an insect-rearing firm from France, EFSA said:

“Mealworms or Tenebrio molitor larva were safe to be eaten either as a whole dried insect or in the form of powder. Its main components are protein, fat and fibre.”

But they also added that we need to do more research into what allergies these insects can cause.

After approval, insect-rearing companies have welcomed this move and they said they will start selling the mealworms across the 27-nation bloc of the EU.

Crickets and grasshoppers are next, although many people in the world already eat them

The EFSA is now trying to examine if crickets and grasshoppers can also be approved for human consumption.

This might come off as unusual to most people in the world – but in many parts of Africa and Australia, people already eat insect-based burgers and bars. In other parts of the world, it might be difficult for people to get used to insect food since people have really strong psychological barriers regarding what they consider as food. According to Giovanni Sogari, a researcher from the University of Parma:

“There are cognitive reasons derived from our social and cultural experiences – the so-called ‘yuck factor’ – that make the thought of eating insects repellent to many Europeans. With time and exposure, such attitudes can change.”

We already produce enough food for 10 billion people, so why is anyone hungry?

While the industries have welcomed this move, and many other affiliated experts have claimed that mealworms could be a viable staple food in the future as our population increases and the number of hungry people increase with time.

But we already produce enough food for 10 billion people, but the unequal distribution under capitalism makes sure everyone doesn’t get food. Unfortunately, the current systems in place won’t allow for an equal distribution but rather have people consume insects and worms.

To make things worse, the UN has predicted that more and more people will lose access to food in the coming years as global warming and the extinction of bees will drastically affect food production.