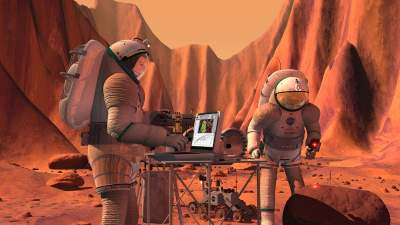 If you ever read dystopian science fiction novels about space slavery and unfettered capitalism, then fiction is soon about to turn into reality.

Elon Musk’s SpaceX has asserted that they will not follow the global agreement regarding the space laws, and will form their own legal framework on the Mars colonies.

Before you begin thinking about this argument as being far-reaching, let’s examine the facts.

What laws are supposed to be followed in space?

According to a global agreement that binds all Earth citizens to it, the space has same laws as the international waters. That means when you are in space, you have to follow international law.

SpaceX has found a way to defy the global agreement since they changed the Terms of Service in their Starlink contract.

Consider the racist treatment of black employees at Tesla, and how Elon Musk told them to “suck it up.” Not to forget that Elon Musk’s fortune was built on the money his father obtained from emerald mines in South Africa where slavery and indentured labour were exploited. Don’t forget that he was ready to organize a coup in Bolivia just because he wanted to get cheap Lithium.

He has refused to pay the employees working from home, and opposed socialism despite getting constant government bailouts for his business.

Now, we can imagine what kind of laws his company will formulate in a place where there is no one to oversee their actions.

Will it really be so terrible to live under corporate law?

It’s entirely probable that harsh labour will be extracted from workers and they’ll be paid survival income, and there will be no improvement in their condition because they cannot protest or rebel in a place where they depend on the company for basic things like water, air, and sunlight.

They can’t quit their jobs because even returning to Earth will be dependent on the company and the company will be able to deny them transport if they wish so. So eventually, employees will be forced to work under hazardous conditions with minimal pay and wait for the time when they can return to Earth, and only then they’ll be able to have some kind of power to do anything about their exploitation.

And even though The Declaration of the Rights and Responsibilities of Humanity in the Universe states that space should be “considered free, by all, for all and to all,” – this is not true anymore since the corporate takeover of space has happened.