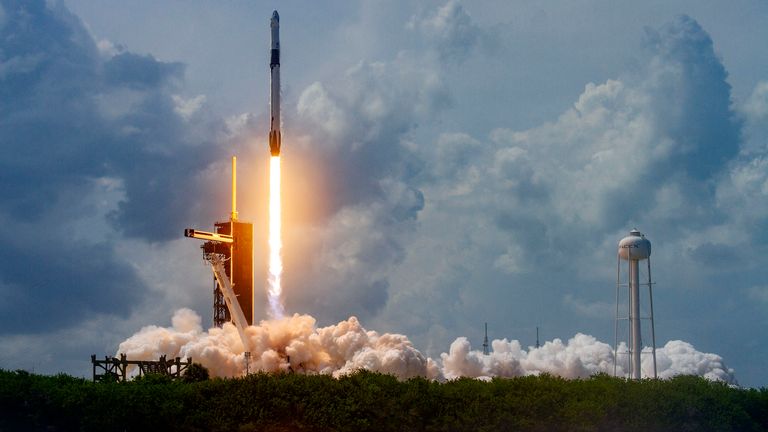 All this while Elon Musk talked about his rockets and missiles and space missions – for the future of humanity and whatnot. But then his real mission got revealed.

It has been reported that Elon Musk’s SpaceX has been working with the US military to create a rocket that is so fast it can hit any place in the world within just one hour.

The rocket can hit India, Africa, Russia, Australia – in just one hour

This rocket will move at the speed of 12000 kilometers per hour, and this way it can hit any point on the Earth in an hour. The rocket also comes with specialized payload abilities that means it can deliver missiles or bombs or even nukes in the shortest possible time.

If you want to see it on a scale, then you should know that this rocket is able to carry 80 metric tons (80,000 kg) of cargo to any place in the world within just 60 minutes.

Compare this with the current fastest transport aircraft that US C-17 Globermaster, with a speed of 900-kph. The aircraft would take 15 hours to cover the distance from US to India, which the SpaceX rocket can just complete in 1 hour.

So the US government has money for this, but not for the people

Ironically, many Americans or other people, in general, don’t see the hypocrisy of the US army spending hundreds of billions on dangerous weapons like this. Considering that it is the USA that has been bullying small countries like Iran and North Korea to give up their weapons and become increasingly defenseless against the global bully US.

This is the same USA which argues that they don’t have the budget for universal healthcare or free college – which costs a very small fraction of the over-bloated military budget of this country.

SpaceX – is it really about space or just facilitating war crimes?

SpaceX will start working on this project shortly, after assessing the cost and the technical challenges. Tests will begin next year, and the rocket will be available for the US military very soon.

SpaceX also has a military contract to build satellites for tracking missiles, and they are already building wide-angle infrared missile tracking sensors in the same factory where they are also building their Starlink satellites. They will also be launching rockets and missiles for the US Space Force that is being currently formed.