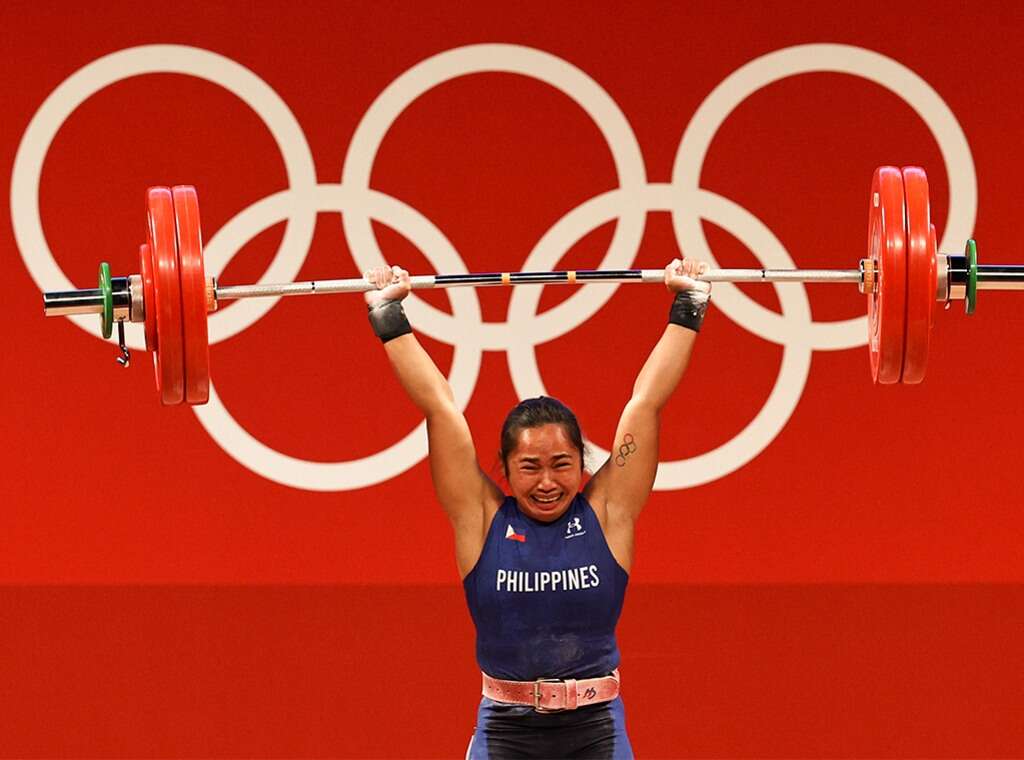 Katie Ledecky is one true swimming champion. The American Olympian became the first woman swimmer to bag six individual gold medals over her stellar career. “Thank you, Tokyo, and thank YOU ALL for the tremendous support this week and over the years to get to this point. 2 Golds, 2 Silvers, and countless memories coming back to the States!!!,” Katie wrote on Instagram.

Following Canada’s win over Sweden in the women’s soccer finals, the Canadian soccer player Quinn became the first openly transgender athlete to ever win an Olympic medal. “I’m so proud of my team. They’re my best friends. I’m so glad we’re bringing back a better medal than bronze,” Quinn said after beating the United States in the semifinals.

The American wrestler became the first Black woman to ever win a gold medal in Olympics wrestling history as she defeated Nigeria’s Blessing Oborududu in the women’s 68-kilogram freestyle wrestling final.

An athlete from the Philippines won a gold medal for the first time in Olympic history as the 30-year-old weightlifter Hidilyn bagged the top prize in women’s 55kg weightlifting.

The New Zealand weightlifter became the first openly transgender woman to compete at the Olympics. Although the 43-year-old athlete was knocked out of the +87 kg competition early, her participation in the 2020 Tokyo Olympics came 18 years after the International Olympic Committee formulated a policy to allow transgender athletes.

The American athlete won the bronze in the women’s 400-meter dash in Tokyo and became the most decorated woman in Olympic track and field history with a total of 10 medals.

Carissa Moore became the first-ever woman to win a gold medal in surfing, a sport that debuted in 2021. “I feel super blessed, super fortunate. It’s been an incredible experience,” Carissa told Olympics.com.