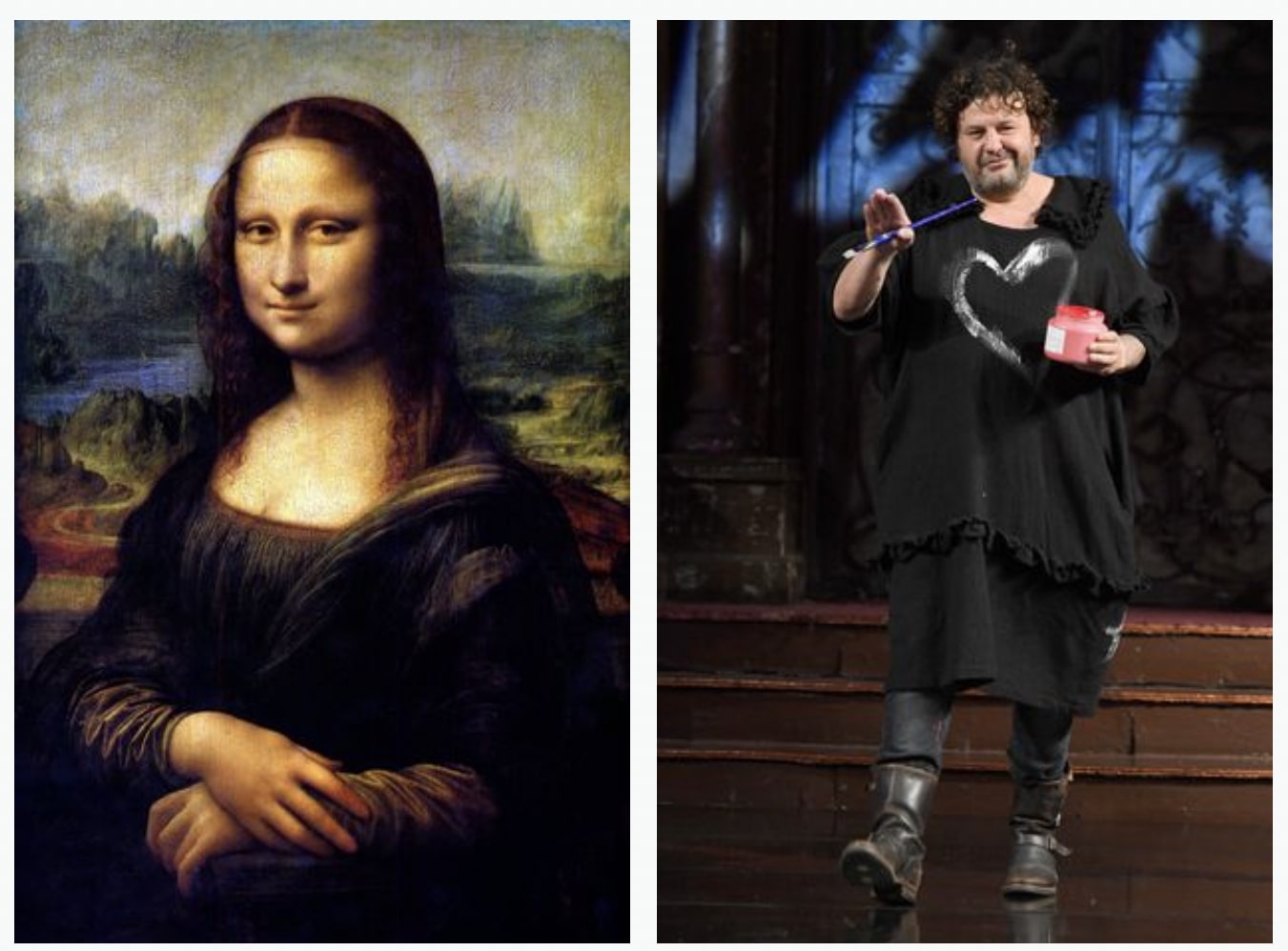 A famous artist, Domingo Zapata who is called the next Andy Warhol has recently made a bold claim that he’s in a sexual relationship with the Mona Lisa.

The Spanish artist stated that he has been obsessed with Mona Lisa for over a decade, and has been having intimate dreams about her. Moreover, he uses it as the basis for many of his iconic reinterpretations.

The 47-year-old artist rose to fame for his Mona Lisa interpretations that got sold for millions and are also being displayed in The Louvre, Paris.

Domingo, claims that his intimate relationship with the famous painting is the reason behind his success.

In an interview with The Sun, he said: “I have been working with Mona Lisa for 15 years. When I was painting her so much, I would dream of having a sexual relationship with her.

“You cannot stop where it’s taking you. As an artist the relationship with the canvas is intimate. The more you open up, the more risk the more you take – the more you express yourself.

“It does become an obsession when you are into a topic and you want to explore it more and more.”

Domingo also shared that even Pablo Picasso’s granddaughter is curious about his obsession with the painting.

“Diana Picasso – Picasso’s granddaughter, who is an art expert and a good friend of mine, asked me in the studio: ‘Are you dreaming about her, are you having sex with her?'” he said.

“It is almost one of those toxic relationships, that never goes away.

“You keep going back to it and you cannot move on even after 100 versions. I am working on one right now. It’s a mess,” he added.

Domingo said he even noticed similarities between his own creative journey and da Vinci’s, given that da Vinci also tried to perfect his painting for years but never actually finished it.

“He tried it many times, but he wasn’t convinced about this piece ever. Mona Lisa got to him as it got to everyone else – me included,” said Domingo.

“Maybe it is meant to be unfinished.”

Some of the most popular personalities in the world including Leonardo DiCaprio and Johnny Depp are huge admirers of Domingo’s art.

However, when The Louvre asked him to display 26 of his interpretations alongside da Vinci’s masterpiece, Domingo initially thought it was “a joke”.

His latest Mona Lisa sold for more than $1 million in St. Barts, with DiCaprio narrowly missing out in the bidding.

“After the hammer landed, everybody came to take a picture and say congratulations,” said Domingo.

“But I was so nervous I threw up on myself. I used a napkin to cover my shirt, ran to the pool shower where I took my tuxedo off, and left my shirt on.

“It is like you winning an Oscar and throwing up when you give the speech.”