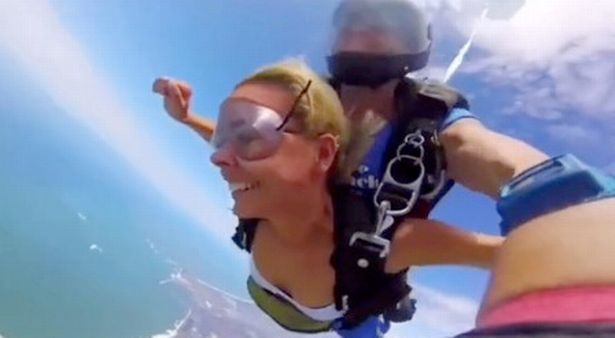 A woman’s skydiving went viral as she jokes about how strong winds affected her expressions during the freefall. She is definitely not going to forget this experience and she does have a viral video to prove it.

TikToker Chloe Bryden’s video showing her experience of jumping off a plane cracked thousands of people up. The video has already garnered over 3.5 million views in just a day.

In the video, Chloe added text explaining what exactly happened. The caption of the video said: “Another classic from me.” The joke in the form of text stated that: “The time my entire skydiving video was ruined because I couldn’t keep my mouth closed while free-falling at 120mph.”

In response to the video, thousands of people on TikTok thanked Chloe for sharing the video where most of them commented that the video brightened up their day.

In the video Chloe can be seen flaunting a wide smile as she descends before her top lip flutters with the strong winds whipping around her face.

It goes without saying that the video clearly shows how Chloe enjoyed every bit of the experience and that’s what matters, right?

The viewers on TikTok looked amused as they roared with laughter. One of the comments said “I really didn’t know I needed to see this but I really did.”

Another comment said that: “I’m cackling dude, this is exactly what would be my primary concern in the same situation.”

One of the other delighted responses concluded that :  “This has brought me pure joy, thank you for sharing.”