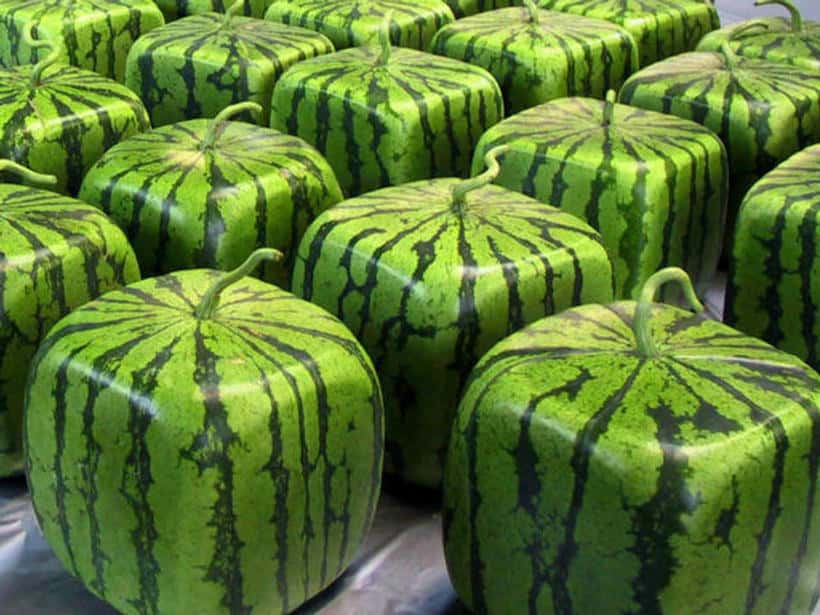 If you’ve spent any time wandering through the grocery store’s produce section, you know that some fruit is much more expensive than others. What is it about certain fruits that cause them to be so pricey?
Part of the reason is that we are now able to eat fruits from all over the world. A century ago, you could only eat your local produce. Today, you can be in New York in the winter, making a smoothie with fresh mangoes.
It’s not just the exotic fruit that can cost more. Sometimes farmers experiment with how they can make the fruits we love, even tastier. They invent impressive shapes or new delicious flavors.

Here are the 8 most expensive fruits in the world:- 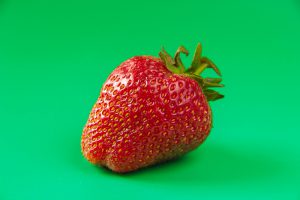 This is not just the most expensive strawberry you’ll find on the market, but also the largest. These massive strawberries are produced in small quantities every year—usually only about 500 per season.
These strawberries are grown to weigh over 100 grams. That’s three times larger than your traditional strawberry.
This stunning fruit is produced in Japan. They’re just a short ride from Gifu-Hashima Station if you’re looking to pick some up. 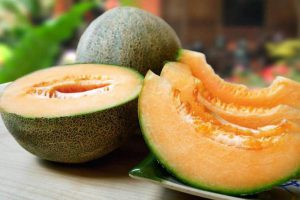 The Yubari King Melon is a hybrid of two other melons that originated on the same Hokkaido Island as above and got its name from the Yubari greenhouses on the island.
The melons have a perfect round shape with a smooth rind, with part of the stem left on top to improve their aesthetics. They’re very soft and sweet and they’re used as gifts during Chugen – the Ghost Festival, a traditional Bhuddist and Taoist festival. While now the average price is $12,000 per melon, in 2008, two of them were sold for a hefty $30,000, making them the most expensive fruits in the world. 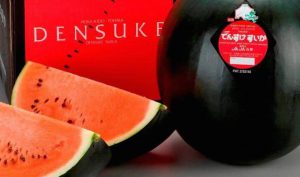 With no spots or stripes, weighing up to 11 kilograms, the black Densuke watermelon is a rarity on the fruit market. Its taste is a little bit sweeter than that of other watermelons, and since they’re only 10,000 of them produced every year it makes them very exclusive.
Usually one costs around $250, but in 2008, the record got to $6,100 for one of these black sweet melons. Should we mention that Japan is the country where this happened? We’re sure you’ve figured it up by now. The watermelons are grown only on the Hokkaido Island in Japan, so that’s the main reason for their rarity. 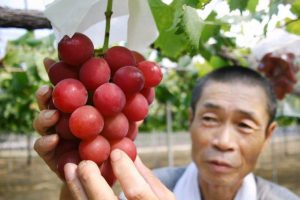 Japan comes again on this crazy list with the Ruby Roman Grapes. Grown in the Ishikawa Prefecture since 2008 and named through a public referendum, they’re the most expensive grapes you could ever buy.
The selection process means verifying that each grape has over 20g and 18% sugar content. If they’re over 30g and the grape cluster weighs over 700g they’re selected for the premium class.
The premium class grapes are so rare, that a cluster of 26 of them was sold in 2015 for an unbelievable $8,400. 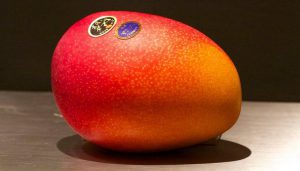 The name means “egg of the sun” and they’re another result of fruit picking perfection. Taiyo no Tamago Mangoes need to have over 350 grams each and high sugar content to be selected.
Every year, after the first harvest, the fruits are sold at an auction for quite a lot of bucks per pair. The record so far was $3,000. Worth it? We heard they taste a whole lot better than the usual ones.

Pineapples from the Lost Gardens of Heligan – $1,500 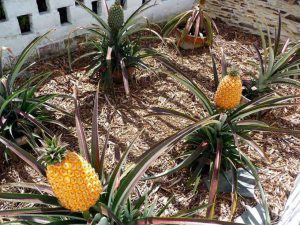 We all know that pineapples don’t grow in Europe and that England’s weather is, let’s say, not very pretty. But that’s half true. Pineapples do grow in Europe and England’s weather can be good enough for growing pineapples. With a little bit of human help that is.
The Lost Gardens of Heligan, Cornwall, UK, is the last place in all Europe where pineapples do grow. It’s a pineapple pit, the kind that Victorian gardeners used in the 18th century. The technique involves large quantities of fresh manure and urine-soaked hay used to heat up the pit where the pineapples are planted and a lot of hard manual labor. 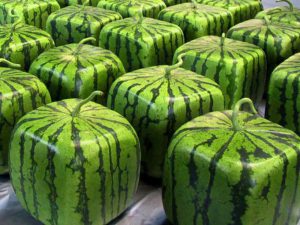 You may have seen these perfectly cubed watermelons on social media. This is one of the fruits that is much more about the look than taste.

Most people say there is no difference in taste between a square watermelon and a round one you can buy at the grocery store. The reason they’re so expensive is simply their shape.
These watermelons are popular for decorative purposes. Since they are so labor-intensive to produce, you can be sure that their price will stay high. 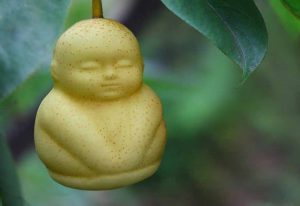 Yeah, you read that right. Buddha shaped pears. Folded arms, meditation posture and smile included. One Chinese farmer, Xianzhang Hao, came with the idea to create these pears in the shape of the Buddha Statue in his farm in the Hebei province of China.