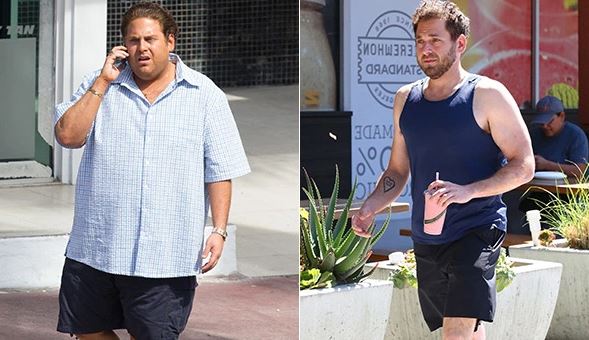 Celebs are often expected to be in great shape when you are in showbiz but sometimes it becomes tiresome to maintain the Beachbody or to have six-pack abs.

People have different phases in life and sometimes life shows you the rock-bottom just to rise above it, stronger and powerful.

Here are 5 celebrities whose transformation will blow your mind.

Singer Sam Smith who was was controlled by food admitted that he would often overeat lost 14 pounds in just 14 days.

He posted on Instagram, “Amelia Freer has helped me lose over a stone in two weeks and has completely transformed my relationship with food. Everyone go check out her incredible book, and start to live healthy.”

Funny guy Jason Segel’s weight loss journey started in 2012 when he has starred in a romantic comedy The Five-Year Engagement.

The studio sent a trainer to the set, and Segel watched what he ate. “I’ve just been living healthy, exercising, eating right—no more midnight pizzas,” he told Us Weekly.

Actor Chris Pratt has gained and lost weight for various roles throughout his career but Guardians of the Galaxy changed his life completely. When he was approached for his dream project Chris decided to lose weight and never look back ever. Star-lord was seen showing off his abs in the movie.

Pratt shed the weight by adopting a low-carb, Paleo-style diet and doing CrossFit workouts and triathlon training. “You have to eat protein,” Pratt once said, “You can’t have hash browns, or burgers, or anything fried. You can’t have carbs. You have to work out five times a week.”

Melissa McCarthy aka Sookie from Gilmore Girls showed off her healthier, slimmer side in 2016. She kept this as a private affair and never really discussed her weight loss journey in public.

The mother-of-two is said to have adopted a higher protein, lower carb diet, but also told Life & Style she just stop thinking about her weight. “I truly stopped worrying about it. I think there’s something to kinda loosening up and not being so nervous and rigid about it that, bizarrely, has worked.”

Sara Rueturned took Jenny Craig’s help in her weight loss journey. Jenny herself struggled with the overweight issue for a while. In 2010, Rue lost 50 pounds using the program, and the Bones actress is still going strong.

When she couldn’t lose weight on her own, she asked for help, with the Jenny Craig meal plans and a personal trainer.