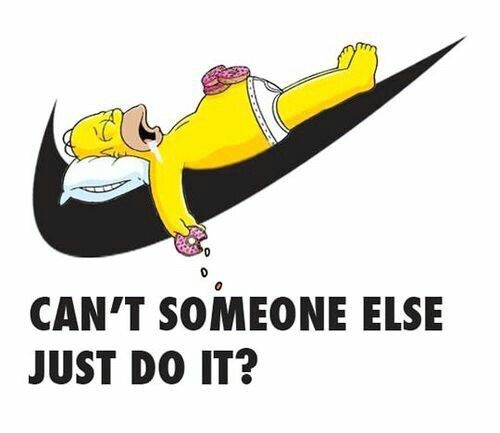 So, the title says “12 Funny Tweets About Laziness,” and you lazy a$$** got all excited. It’s pretty obvious that if we had shared just 10 tweets out of laziness, you wouldn’t have liked that. However, to save your efforts on being mad at us, we are sharing the all-crazy a** tweets about lazy people like you.

Enjoy, and don’t be too lazy to read all of them!

I don't get racism.
Are you SO lazy, you can't take one moment to get to know a person and hate them for who they are AS AN INDIVIDUAL?

Lazy Rule: If you spill water. It will eventually dry.

You are never truly alone if you are too lazy to unsubscribe. pic.twitter.com/n85ABhUfhO

Humans are so lazy we are 70% sure that robots are going to kill us all but we keep making them because chores suck.

Sometimes I think I'm not lazy, but then I remember I consider putting on high-top sneakers too much work most of the time.

Ever have sex that's so lazy, neither one of you is on top?

I downloaded some apps on my lazy roommate's phone. pic.twitter.com/idNDwAdNZ3

Autocorrect on my phone has made me so lazy. I type “hrkkp” and get pissed off that it doesn’t get changed to “hello”

@whatwouldDOOdo dear MLB, when do pitchers report back for ST? I've got one who's gotten a bit lazy in the offseason pic.twitter.com/7f73fHNMQU

When you're too lazy to say two words pic.twitter.com/6EoLX8ifAM