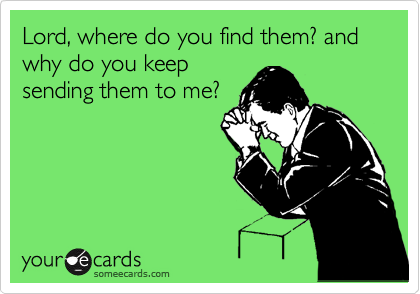 Breakups are painful because of all the emotions involved. Of course, it takes a great deal of time to move on when two love birds part ways. However, if you’re somebody who knows how to take charge of your emotions and can laugh at yourself, then you’re not only an inspiration but also a great source of content like these people who blessed the internet with these funny tweets about breakups.

You know what helped me feel better after my breakup? That I wasn't dating him anymore.

the stages of a breakup:
1. denial
2. anger
3. bargaining
4. taking pictures of everything you do to make sure people know you're having fun

Text him again. He probably just forgot that he's in love with you.

that moment of truth when you log in to see if your ex changed the HBO Go password yet pic.twitter.com/JCLBEGAQFz

*casually texts 'why do you deny heaven' to all my exes*

This is by an ex who dumped me pic.twitter.com/jew6OLE3Qx

Sometimes relationships don't work out because of timing, but most of the time it's because someone is an asshole.

"People say there are plenty o' fish in the sea. Yea well I got my eye on that one specific emotionally distant salmon w/ commitment issues"