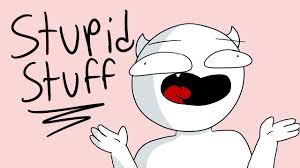 It’s in our nature to care unnecessarily about things that don’t even deserve our attention but we still do it.

Here are 10 stupid things we totally stop caring about.

Why do you care so much about Meghan Markle’s birthday or Kylie’s daughter?

You don’t even know them but still, they directly affect your life in absolutely no way. Your obsession and investment in them is worse than harmless entertainment, your idolization and the blind following is exhausting.

In one of the interviews, Lil’ Wayne once said, when asked if he was concerned that people may look to him on how to live: “If you need a rapper to tell you how to live your life, then maybe you ain’t got no life.”

Sexual jealousy is a complete waste of energy and toxic for your relationship.

It’s really simple: either you trust your partner or you don’t.

The worst part of sexual jealousy is that it drives your partner to commit the exact actions in which you’re trying to prevent them from doing in the first place. Imagine you’re dating somebody and this person is insanely jealous. Everything you do they accuse you of lying to them or sneaking around behind their back. So what exactly is stopping you from actually cheating then? You’re going to get yelled at either way, whether you’re honest or not, so you may as well take the benefits from being dishonest, right? And that’s how the relationships end.

There’s an old saying, “The man who knows everything learns nothing.” We should let go of the need to always be right. This one is really simple. How do you learn and improve and become a better person? That’s right, by being wrong about stuff. So try to be wrong about stuff a little more often.

Besides, nothing’s more annoying than somebody who will argue to the death over some pointless detail that doesn’t matter anyway. So learn by being wrong!

C’mon get over it now.

6) TRYING TO IMPRESS OTHER PEOPLE

Take a moment and think back to the three of your most embarrassing moments in recent memory. Let me guess, at least two of them happened while trying to impress someone, right? Funny how that works!

Trying to impress other people is a natural human trait. We all want to put our best foot forward. The reason trying to impress people rarely works out very well is because human beings are wired to not simply look at surface-level behaviors when judging another person’s character, but to also look at their intentions and motivations for each behavior. So you can do a cool action, but if you’re doing it because you’re insecure and want people to like you, people will see through it and you will fail at it.

There are some people in this world who seem to believe that they have the right to never be offended, ever. This is crazy. Part of freedom of expression is that some people, sometimes, are going to annoy you or offend you. That’s part of life. And unless you’re encouraging people to commit acts of violence, then you really can’t tell them not to.

8) BUYING A BUNCH OF NICE STUFF

What’s the point of buying a bunch of nice stuff?

1) To impress other people. 2) To feel better about yourself.

Impressing people never works. You would always fail if you don’t show the purity of your soul and rather just try to impress some assholes won’t take you anywhere.

But let’s look at feeling better about yourself side. There are mounds of psychological research showing that materialism leads to greater rates of depression and less happiness in people. There’s a reason the US has some of the highest rates of depression and anxiety disorders in the developed world. That dependence on external validation to feel good about yourself causes low self-esteem and makes you miserable. So let’s just leave it at that.

Sure, buying luxury items can be cool and enjoyable. If you’ve got the money to throw around, there’s nothing wrong with it. But basing your identity and self-worth on the quality of your possessions and how those possessions stack up to others is a losing battle. Even if you win and have the biggest toys, you lose in the actual sense.

People fall in love with each other’s rough edges. Paradoxically, it’s our flaws and vulnerabilities that make us unique and endearing towards others. The more we’re willing to reveal where we come up short, the more intimacy and connection we’ll generate in our personal lives, and the happier and healthier we’ll be in the long run.

Seriously, don’t you have something better to do? And if not, isn’t that a problem?

Don’t sweat the small stuff and live your life to the fullest!