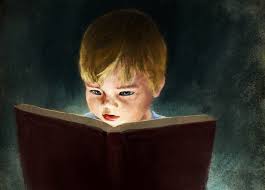 1. My 5-year-old son tells me that before me, he had another mother and that they lived in China. One day, I asked him his mom’s name, and he said a weird name. I asked him if he misses his other mom, and he said yes, but he loves me too. © Lu Mastrodoménico / Facebook

2. Once, I saw my 3-year-old girl very thoughtful and serene. I asked her what she was thinking about, and she told me that she was remembering when she was an angel, at a time when we did not know each other yet. © Blanca Lidia Piggeonoutt Rodríguez / Facebook

3. When my son was one and a half years old, we were watching a movie, and he said, “A cat.” A few seconds later, a cat appeared on the screen. My husband and I looked at each other, and I asked him: “Have you seen it before?” He replied that he had not. © Conny Hernandez / Facebook

4. When my grandson was 3 years old, we would play, and he would say to me, “Grandma, watch out for the wings of the angel next to you.” He said he saw 3 angels watching over us. © Marja Leonor Maldonado / Facebook

5. Once, when my son was almost 2 years old, he stroked my face and smilingly told me that he had seen me from heaven and had chosen me to be his mother. I looked at him, gave him a kiss, and replied that I had also chosen him as my son. He looked at me puzzled and said: “No! I saw you when you were walking on a bridge, you were wearing a beautiful dress, and I asked for you to be my mother.” I hugged him and said, “Thank you for choosing me.” He kissed me and smiled. © Hope BN / Facebook

6. My 6-year-old granddaughter told me when she was 2 years old that she loved me very much because she was my mom. My mother passed away a month before she was born. © Lucy Castro Alvarez / Facebook

7. My son was 2 years old when he told me he saw a man sitting on an armchair in the living room. One day we visited my father’s house, and there was a photograph of him. My son, when he saw it, said: “Mommy, this is the man who is in our house.” I was surprised since he never got to meet his grandfather, as he died 5 months before he was born. © Teresa Reyes Flores / Facebook

8. When my son was a year and a half old, he used to talk to an imaginary friend. One day, while I was looking for some documents, he told me his name. After a few minutes, I found the name of this imaginary friend on a birth certificate: it was my husband’s great-grandfather’s name. © Maria Caro / Facebook

9. My 3-year-old daughter asked me why her baby brother was a boy when before, when it was with her in my belly, it had been a girl. I had been pregnant with 2 babies and had lost a girl. © Marjorie Lorena Hurtado Cortes / Facebook

10. I was looking at some pictures of the sea with my aunt. My 2-year-old son looked out and told us: “I was a diver, I used to go under the sea. Sometimes I climbed into a small submarine. But once, while swimming, I was stung by a stingray. It hurt me a lot.” © Ross Guz Cal / Facebook